Inside the Crackhouse With Arthur Graham

Question 1:
Why is water wet like my bed right after I think of you?

Answer:
The thing about water is that it's good to drink a little bit before bed, but if you wind up drinking too much, you run the risk of waking up in a puddle of your own pee-pee. Such is the thought of Arthur Graham; a little bit perhaps is okay, but if you think of him too hard for too long, you're bound to mess your sheets with something else instead.

Answer:
Ha, whenever it "comes" -- I see what you did there! Young people today are so darn clever these days... makes it hard for an old dog like me to keep up, ya know?

Now, if you were just masturbating on your own, I'd recommend something simple, like a shop vac, or a grinder with special attachments, but if it's mutual we're talking about, it might be nice to choose something we could both interact with at the same time. So, I dunno, maybe like some sort of lathe setup where we both use our cocks as cutting tools? Not only could this wind up producing some pretty mind-blowing orgasms for both of us, but who knows? We could maybe even carve some nice bowling pins or something else in the process as well.

Question 3:
Are you actually an immortal reincarnated Leon Trotsky trying to steal Shirley Temple’s soul this Christmas Eve in October?

Answer:
The last time I thought of Shirley Temple, this was years ago; I was buying a drink for the Mormon, non-drinking girlfriend of my bisexual girlfriend at the time. I thought it might be nice to include her in the libations of the evening at the gay bar we were at that night, so I ordered her a virgin Shirley Temple. However, question is, was the REAL Shirley Temple so virginal, one might ask? Well, I should certainly hope so, if we're thinking of the Shirley Temple from "Good Ship Lollipop"!

As for the immortal Leon Trotsky, last I heard he was teaming up with Christopher Lambert to reboot the Highlander franchise. Only this time, instead of beheading each other with their swords, they now must impale each other's rectums in order to experience "The Quickening". Weird, I know, but it's 2019 and audiences just aren't as wowed by good old-fashioned decapitations anymore.

Well, if I were Jewish, I suppose I'd go with Kermit and his mouthful of (presumably kosher) Jew-jizz, but because I am not, I'd probably go with Freddy and just imagine I was licking a triple-pepperoni pizza instead.

Answer:
Habits are for enabling, ya know?

This one time I was sitting on my stoop kitty corner from the Catholic Church across the street, and this nun walked outside and I watched her as she bent forward and started shaking the veil she was wearing on her head. I guess she was trying to "shake the habit" (get it? lol), but I didn't say anything at the time because this was years before priests were confronted with their own habits of molesting young boys, and I didn't wanna come off as some sort of misogynist or anything like that.

Anyway, maybe that nun was really the Cookie Monster in disguise, and she was just trying to shake out some stray cookie crumbs. The world will never know.

Question 6:
Where on my body should I carve both of our initials?

Answer:
If you put them on either side of your inner butt cheeks, it would be like we were pressed together for eternity, but they might take a long time to heal in the dirty, sweaty space that is your ass crack. If you wanna do your forehead or something like that instead, just replacing our initials with the HST logo, then maybe we could start talking advertising $$$.

Question 7:
What are your thoughts on effects of the sperm milking/guzzling epidemic on the declining economy of Puerto Rico?

Question 8:
Is there any advice you can offer to a single goat farmer living in downtown Detroit with a flat ass?

Answer:
Ooooooooh, flat ass is kind of a deal-breaker for me personally, but I would probably advise them to go on lonelymotorcitygoatfarmers.com, as they're pretty much guaranteed to find other single, flat-assed goat farmers there. Also, they should probably stop fucking their goats so often and start making artisan goat cheese and selling it in the more gentrified parts of town. This would probably more profitable than selling meth or even crack, but again, you'll need to cut down on all that goat-fucking first, as multiple studies have shown that goats produce less milk when they're under constant stress of sodomy.

Question 9:
Do your guilty feet have rhythm or are you never going to dance again? Though I know it’s easy to pretend.

Answer:
Funny story -- I once met George Michael in the late 80s while he was touring the U.S. He approached me after a concert and asked if he could be my "Father Figure". Obvs I was like NO, but of course this didn't stop me from asking him if I could touch his immaculately feathered hair anyway. He did not object, and he was actually a pretty good sport about the whole thing, but some years later I nevertheless entered the police force with the sole objective of one day entrapping him with "engaging in a lewd offense" in a public restroom.

Question 10:
What are you wearing right now? Please describe the taste, smell, and texture to me very slowly.

Answer:
Well, it's summertime, and I've been wearing the same jorts and bowling shirt for about two weeks straight, so you can probably imagine just how salty, pungent, and crusty I am right now. Hmmm... salty, pungent, crusty... So, I guess you could say something like an anchovy and limburger cheese pizza?

Question 11:
Would you rather be able to urinate a 1000 miles away or be able to suck your own dick at the speed of light?

Answer:
The thing about getting your dick sucked is that it's not as much fun if you have to do all the work yourself. And I should know, because my cock is long enough and I do enough yoga with my daughter and her friends that I'm flexible enough to actually get my mouth around it. It feels neither gay nor straight, just a big waste of time/effort is all, no matter how fast you're able to do it.

Question 12:
Is it too late to apologize after I chained you in my basement and force you to watch Family Matters for 3 straight weeks?

Answer:
I mean, so long as I'm reimbursed for lost wages, I could maybe let it go. I can imagine worse vacations, after all. At least you didn't chain me up and make me watch Full House for 3 straight weeks instead!
at August 19, 2019

Dick On Wheels by Marc Darnell

He pays for sex, because he has needs, and screw the law-- men are pigs anyway. Oh and what he pays-- he doesn’t want a beast of paw-- his m... 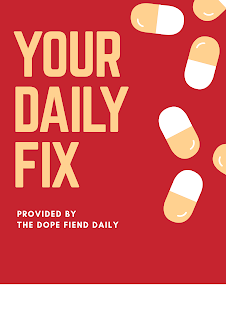